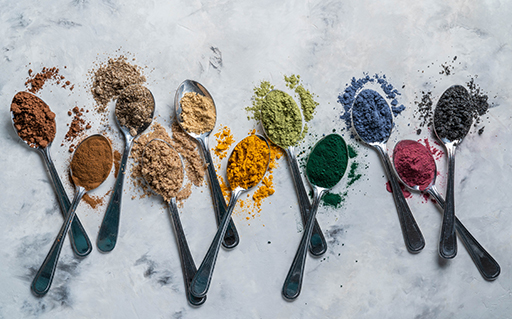 With the changing scenario in India where lifestyle diseases are on the rise, almost every other person is becoming health conscious and looking for the best food choices. It is not surprising that the shelves in the supermarket are flooded with health foods. In the recent past, there has been an explosion of probiotic health-based products.

Probiotics are live microorganisms promoted with claims that they provide health benefits when consumed, generally by improving or restoring the gut flora.

There are many reports which indicate that there is poor survival of probiotic bacteria in these products. To promote their beneficial effects in the host, probiotics must survive transit through the harsh acidic conditions of gastric environment and being capable of reaching the large intestine in adequate amounts to enable colonization and proliferation. It has been recommended that food containing probiotic bacteria should be in the range of 108–109 colony forming unit (cfu)/g right before ingestion to ensure that sufficient therapeutic minimum of 106–107 cfu/g could reach the colon. Unfortunately, most of the probiotics lack the ability to survive in high quantity because of low pH (pH = 2) in gastric juice and/or exposure to oxygen that limited their effectiveness in most functional foods. Thus providing probiotic living cells with a physical barrier against adverse environmental conditions is therefore an approach currently receiving considerable interest.

The most commonly reported micro-encapsulation procedure is based on the calcium-alginate gel capsule formation. Kappa-carrageenan, gelatin, whey protein and starch are also used as excipients for the micro-encapsulation of probiotic bacteria. Each one of the encapsulating materials has its own unique characteristics. The type of encapsulating material also influences the viability of probiotics during storage, processing, and in the gastrointestinal tract.

Fermented Sport Drinks are mostly used to promote endurance of Athletes. Milk is a versatile medium, rich in proteins, especially whey proteins and show a potential in the encapsulation of lactic acid bacteria. For example, encapsulated yield of Lactobacillus bulgaricus in skimmed milk-alginate microspheres was about 100% Whey plays an important role in the sports nutrition because of high quality proteins and essential amino acid profile. Nine formulations of sportsman drinks were made using Cheddar, Mozzarella and Paneer whey with normal as well as additional fermentation. Drinking cheddar whey with additional fermentation was better in terms of quality and nutrition. Food additives with prebiotic properties have enhanced and stimulated the growth of cells in encapsulated probiotics during gastric digestion.

Thus it can be concluded that microencapsulated probiotics used in beverages are perfect solution of easy transmission of beneficial microbes in GI system, thus proving to promote health of mankind.